Since the 20th century, with the rapid growth of urban population and the increasing per capita consumption power, the consumption concepts and models of western developed countries have spread widely in large and medium-sized cities, accompanied by the rapid growth of domestic ice cream consumption and the great variety of varieties. Rich, while the domestic ice cream manufacturers began to mix from stable to stable. Soft ice cream vending machines have also received welcome from everyone.

The Chinese ice cream market is growing at the fastest rate, and is growing at a rate of 20%-30% every year. China's cold drink market has grown nearly 12 times in 10 years, and the variety has increased to more than 3,000. Among them, ice cream production has increased 16 times in just 10 years, and industry income will continue to grow at more than 20% in the next five years.

1. The market is growing rapidly and the future is broad.

2. The urbanization process and the improvement of the cold chain system will drive the growth of ice cream consumption in the future.

After years of development, ice cream has become a general consumer product, and the market covers the whole country. However, from the data point of view, domestic ice cream production and consumption are still concentrated in the region where the country's economy is relatively developed, transportation is convenient, and the population is relatively concentrated. This is in line with regional population density, consumption habits, consumer income levels, and ice cream product storage and transportation sales. The cold chain system is highly correlated.

In terms of production, in 2015, the production of frozen beverages in Jilin, Henan and Hubei provinces ranked the top three in the country, accounting for 35.41% of the total output. The more developed cities in the frozen beverage industry are Beijing, Shanghai, Guangzhou, Tianjin, Hangzhou, Nanjing, etc. These are the major cities in the eastern coastal areas. In terms of consumption, China's Northeast, Beijing-Tianjin, Yangtze River Delta and Pearl River Delta regions are the most concentrated market areas for ice cream consumption, with the Northeast market accounting for 13% of the country and the North-Singapore cities accounting for 25%. It is worth noting that due to the high indoor temperature in winter, the consumption of cold drinks in the Northeast is quite characteristic, showing the pattern of “double peak season” in summer and winter.

In the future, the rapid advancement of urbanization will increase the per capita consumption level of ice cream. At the same time, the continuous improvement of infrastructure conditions such as the cold chain storage and transportation system will further expand the production and marketing scope of ice cream.

With the popularization of leisure consumption culture, the changes in urban living habits and the innovation of ice cream products, more and more large and medium-sized cities in China have experienced a rapid growth in the consumption of ice cream in the off-season. Corresponding to the change in consumption habits, China's ice cream manufacturing enterprises have also shifted from the traditional “busy March, eat one year” type of seasonal production to continuous production throughout the year.

4, the structure of ice cream products is low

Hard ice cream is a type of ice cream that is produced by the factory and then rapidly cooled and solidified. It is the main type of factory-scale production. Hard ice cream entered the Chinese market earlier and occupied a dominant position for a long time, with a high market share. The cost of hard ice cream products is generally low, easy to package, transport and store. It is easy for manufacturers to supply to ordinary consumers through wholesale markets and supermarket channels. It is the mainstream product for market share. However, due to the low production threshold, low-end positioning and fierce market competition, such ice creams tend to have low gross profit and high quality, which leads to the low overall structure of China's ice cream products. According to market research, in the past 30 years, the price of major domestic products has increased by at least 20 times, and the average price of ice cream has not increased by more than 10 times, forming a “5 cents phenomenon” unique to the domestic ice cream market, although in recent years As the price of raw materials has risen faster and pushed up the price of ice cream, “5 cents ice cream” has been smashed in the market, but this still vividly illustrates the long-term low price of domestic ice cream products.

With the evolution of the times, products that focus on natural and health can more cater to current consumer needs. Consumers hope that ice cream is a healthy snack food. In addition to the taste of the products, they pay more attention to the safety, green and natural food. In the future, health will become a major trend in the ice cream industry. As people's health awareness gradually increases, healthy ice cream products will become more popular.

Consumers are increasingly demanding ice cream products. This consumer trend has created unprecedented opportunities for companies to create brands and develop mid- to high-end products. Many ice cream companies have recognized this and have begun to implement it. With the advancement of economic development and consumption upgrades, ice cream appears in front of consumers with more fashionable, playful and personalized images. At the same time, ice cream has shifted from traditional seasonal consumption to daily leisure consumption, and has been given more nutrition. Healthy, delicious, high-end connotation.

Cookeryaki's company has specialized in the production of vending machines in recent years. In addition to fully automatic ice cream maker, beverage vending machines like juices and coffees are also popular.

If possible, kindly suggest please your detailed product requirements, purchase quantity and delivery port or address etc. Given detailed request helps to gain better-matched customized solution. Thanks for your patience.

Your request will be responsed within 24 hours, kindly pay attention to your email please. 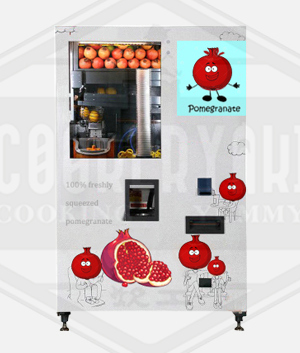 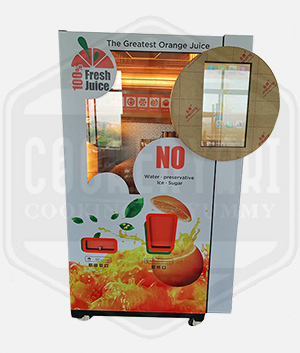 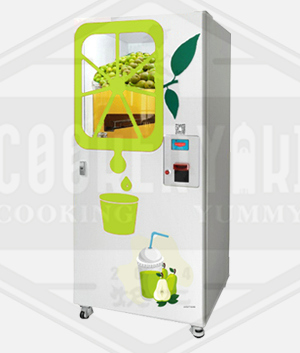 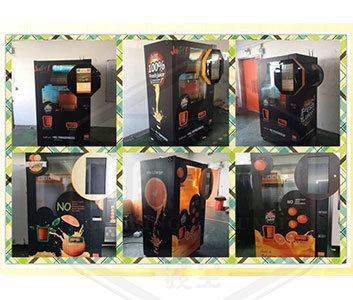 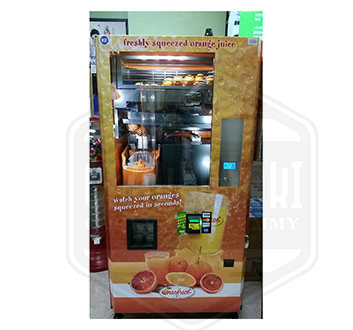 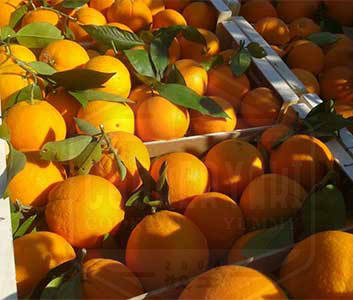 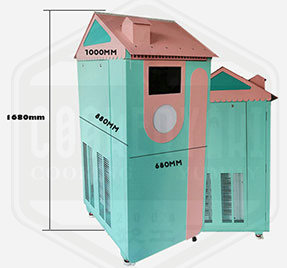 Why is the Cookeryaki's automatic ice cream machine so hot? 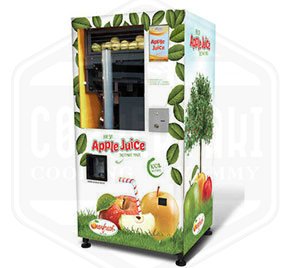 The best brand in the juice vending machine industry | Cookeryaki 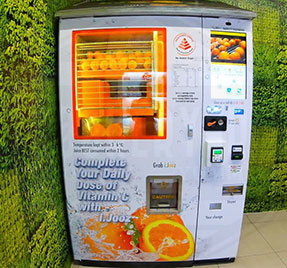